Is there a project management fairy?

Once upon a time, in a land far, far away, there was a project manager who successfully completed all projects on time, on budget and to the stakeholders’ satisfaction. Everything that the project manager touched turned to gold.

Does this remind you of the projects that you have worked on?

Of course not! Projects require hard work and everyone knows that there is no such thing as the project management fairy. But there are a few tips that I can share that will add some magic to your projects.

Don’t cry wolf – We all know the story of the boy who cried wolf. It didn’t work for him and it won’t work for you. Yelling and screaming will not get you the help you need, but having plans and clear directions in place will. The right people will help you when it is needed, if they know what is expected of them and what the bigger picture is.

Stick to the path – Where did wandering off the path lead Little Red Riding Hood? To trouble, that’s where. Little Red decided she would take a short cut and that was her downfall. Ideally in Projectland, the planning phase of the project should take the longest amount of time of any of the project phases. But unfortunately, it is the one phase that can be rushed. The plan, or path, is often overlooked during the action phase, but those plans were made for a reason. Stick to them.

Prince Charming will not appear and save the day – Wouldn’t it be nice if a handsome prince rode in on his white horse and saved the day when the project was showing signs of trouble? Even in fairy tales, relying on the handsome prince isn’t always a good idea (think of Prince Hans in the movie Frozen). Trust yourself and your team. You were given the responsibility of running the project based on your skills and knowledge. It is up to you and your team to save the day – you can do it!

Don’t be full of hot air – All the huffing and puffing in the world didn’t work for the big bad wolf when he was faced with some competition. Projects take more than words to be successful. You have to know what you are talking about and be able to back it up. If you are faced with something that isn’t your strong suit and you are not sure that you will be able to pull it off, don’t bluff your way through it. Ask for help. You may be given an extra resource who does have the skill set you require.

Keep your promises – We all know the story of the Princess and the Frog. How she tricked the frog so he would help her but then refused to deliver on her promises. Your stakeholders will not stand for you breaking your promises and nor should they. They based some very important decisions on the agreement you made to them. And remember in the fairytale, when the King forced the Princess to keep her promise to the frog, good things happened!

I think, at a child's birth, if a mother could ask a fairy godmother to endow it with the most useful gift, that gift should be curiosity. 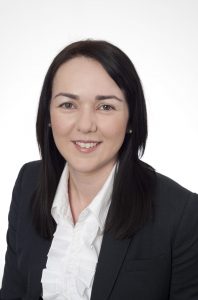 At the start of my career, I learned quickly that many organisations were full of good intentions, but all too often lacking the skills and know-how to execute effectively. That’s why I founded clear decisions™ over 12 years ago. My vision was simple, I had a desire to help businesses and their people move through change projects with great success.

Recently, I’ve had the chance to work in a number of projects that were at a The elephant in the room

It’s that time of year again, we spend the lead up to the end of financial

The devil is in the details

I’m thinking of getting a tattoo! I’m pretty sure mine is going to say something like: Step back. Reflect. Give back.

Often times we can find ourselves defined by our goals. Did you score that new contract?